City-building RTS, 'DwarfHeim', raises the question: Who let the Dwarves out? 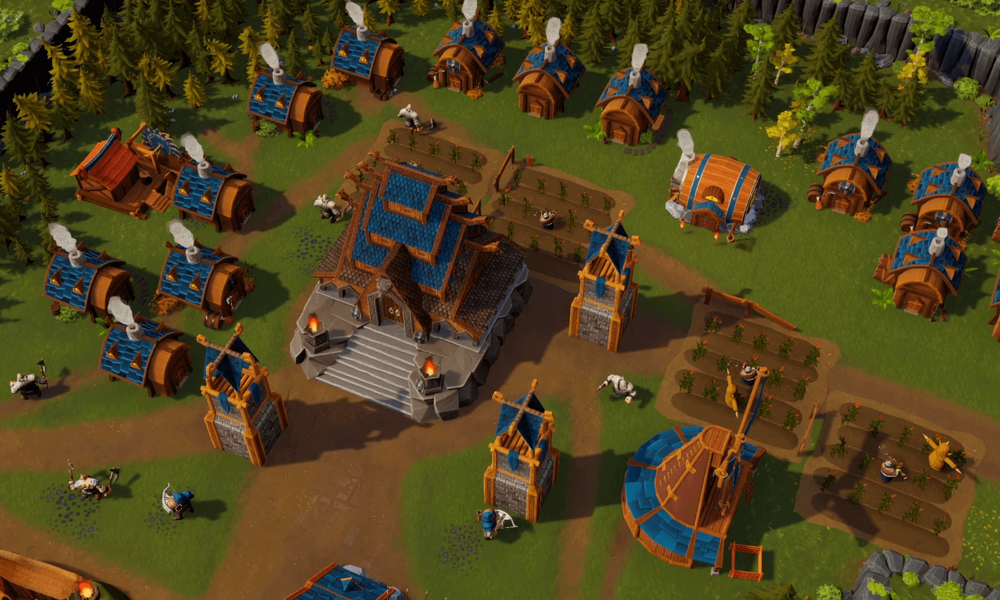 "When we grew up, we loved playing RTS-games, but in recent years the focus has shifted to games we can play with our friends," says Pineleaf's CEO, Hans-Andreas Kleven. "We wanted to create a f*cking REAL co-operational multiplayer RTS. An RTS that you can play with your friends, and that is DwarfHeim."

To that end, DwarfHeim is taking a unique approach to the Real-time Strategy genre by allowing up to 4 players to team up in ranked and unranked matches as they transform their humble villages into mighty dwarven strongholds. Choosing from four different classes - miner, builder, warrior, and diplomat - teams will work together to ensure the security and safety of their populace. This involves mining for resources, harvesting materials, and developing technology - all while maintaining constant vigilance against AI-controlled enemies and opposing player-controlled factions.

Although co-operative play is clearly DwarHeim's defining feature, a single-player experience will be available for those who, for some reason, want to go it alone. However, the inclusion of a Friend-Pass, which allows non-owners the ability to play for free alongside you, makes for an easy selling point if you're wanting to fill your roster.

Check out the gameplay teaser below: