Everything we know (and wish we didn't know) about Octodad creator's next game, Bugsnax 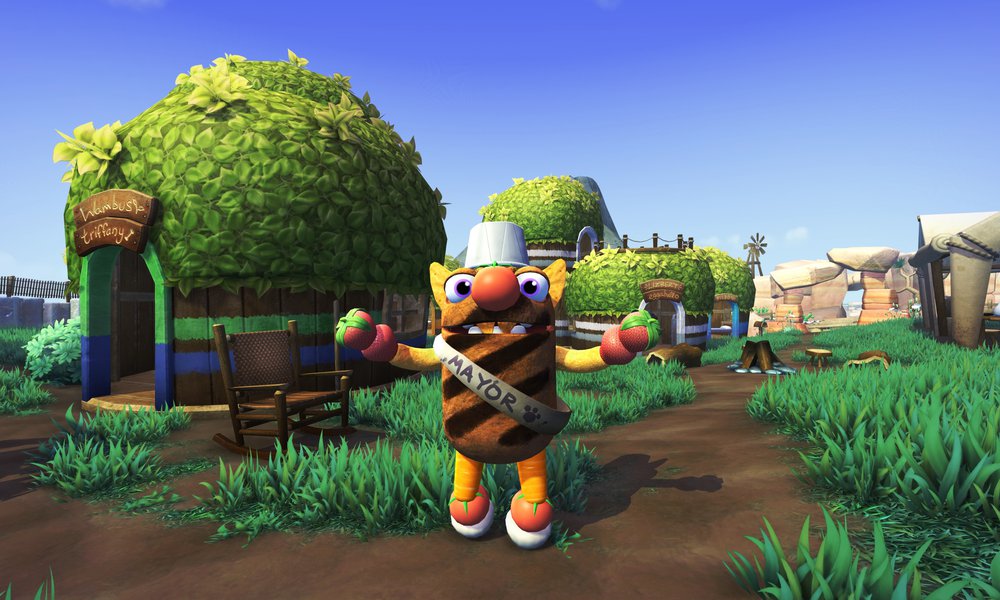 During last week's PS5 Reveal Event, developer Young Horses announced their followup to 2014's slapstick fatherhood simulator, Octodad: Dadliest Catch. It's called Bugsnax, which is a reference to the game's half bug, half food creatures that will forever plague my nightmares. Since some things can't be unseen, I thought that I'd be pro-active by talking about what's been revealed about the game so far.

For starters, Bugsnax is a first-person adventure game set on the (hopefully) fictional Snaktooth Island. In it, players assume the role of a self-insert journalist in search of their greatest story. After receiving a mysterious video from disgraced explorer, Elizabert Megafig, players make their first mistake by venturing to the island, where they find themselves in the unenviable position of witnessing Megafig's discovery firsthand.

Are they food or are they bugs? the answer is: yes. Bugsnax are native to Snaktooth Island, and as you can see from the game's reveal trailer, consuming them yields some potentially undesirable affects. If you haven't already seen it, here you go:

According to Bugsnax creator Phil Tibitoski, the game's overall plot revolves around "hunting Bugsnax, feeding grumpuses" (which I assume are the more sentient inhabitants of Snaktooth Island), and answering these three questions:

"How do they affect the bodies of those who eat them?"

To that, I'd remind everyone that some questions simply should not be asked, but here we are.

In terms of what sort of PS5 tech the team at Young Horses is excited about incorporating into Bugsnax, it's all about the new DualSense controller. "I’ve personally been super excited to see the dynamic feedback of the DualSense controller bring life to our world!" Tibitoski writes. "Feeling vibrations change with the terrain underfoot, the triggers tensing as I snap a trap shut on a Bugsnak, and then hearing its cute little chirp through the controller speakers right next to my face."

It's reasonable to say that Bugsnax is going to be weird game, but that seems to be the point. As Tibitoski points out, "that’s our mission at Young Horses: to create original games that are odd, charming, and mildly concerning." To that end, I'd say that they are on the right track.