Just when I was beginning to think that the battle royale genre had grown stagnant - with seemingly every vein containing a marginally different variation of the "shoot everyone dead" formula having been tapped - in comes Fall Guys: Ultimate Knockout, which offers a very, very different interpretation of what it means to be the "last man standing".

It's a simple enough premise - one that, to a certain demographic, might be reminiscent of the Nickelodeon gameshows from the 90's and early 2000's - and features an even simpler gameplay loop. In Fall Guys: Ultimate Knockout, sixty players are pit against one another in a series of obstacle courses and mini games. With each round, the slowest and less fortunate of the bunch are eliminated, and over the course of four rounds, the number of players are gradually whittled away until one lucky contestant emerges victorious. 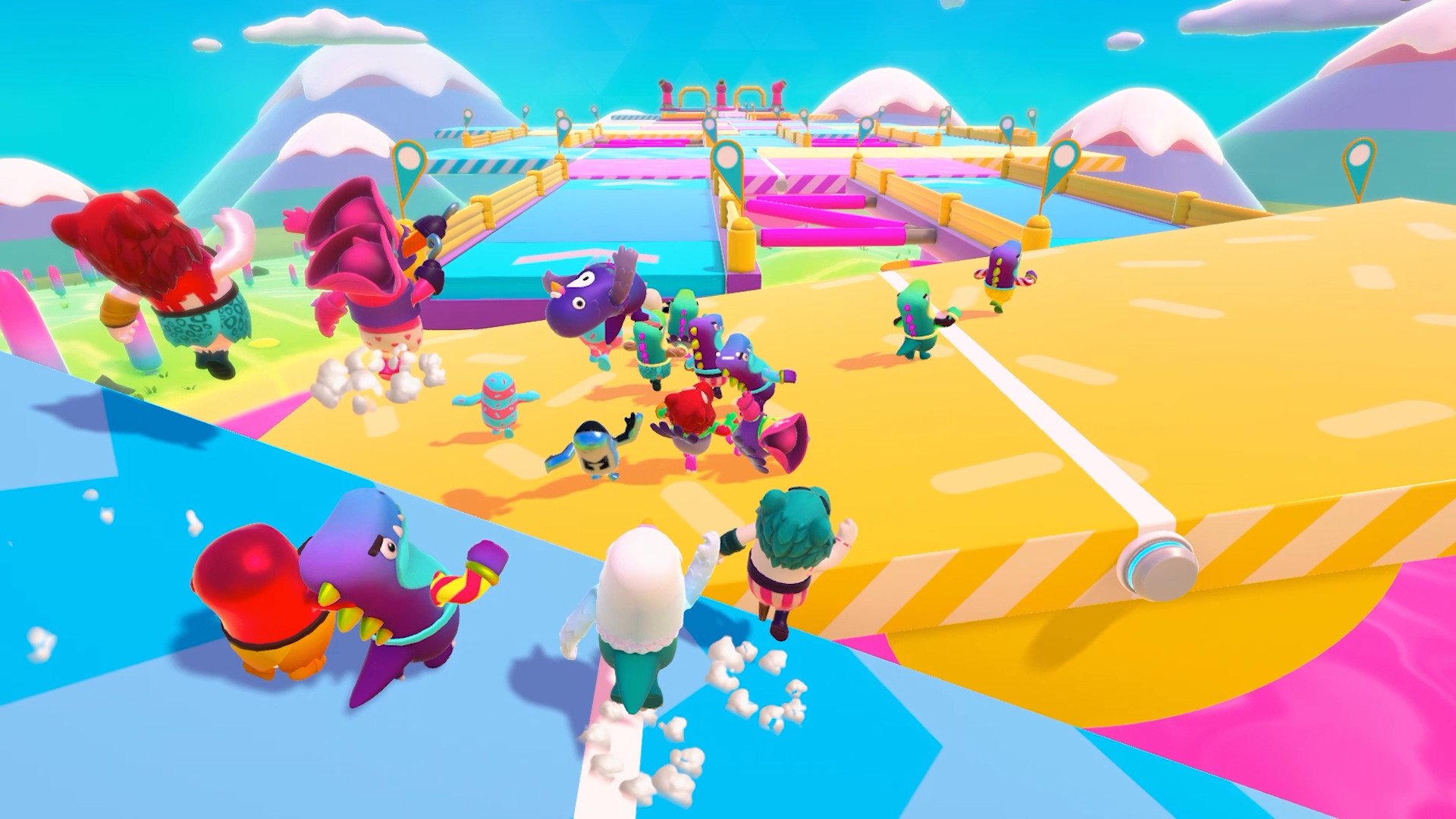 And that's the thing, Fall Guys is really about luck. This might turn some people away, but I for one appreciate the randomness. Unlike other battle royales that - to some degree - let players chart a path to victory by outthinking or outgunning their opponents, Fall Guys doesn't reward strategy, like, at all. Sure, you may think that you're being crafty in taking this particular route or expertly timing that jump, but I think you'll find that even the most calculated of actions will often blow up in your face due to the many variables out of your control.

Herein lies one of Fall Guys' greatest assets: pretty much anyone can pick it up and find some measure of success, so long as their idea of a good time isn't contingent on winning. Sure, winning is nice, but what keeps me coming back to Fall Guys is the silly, chaotic shenanigans that ensue during each round.

There's very little learning curve, and as time goes on, it's unlikely that Fall Guys will suffer the same problem that most competitive games end up having: a dominating faction of veteran players that continuously mop the floor with newcomers. This is to say, regardless of how much experience you have with Fall Guys, experience doesn't necessarily give you an advantage.

So how does Fall Guys look? Well, from the moment you boot it up, it's clear that developer Mediatonic took some creative inspiration from battle royale juggernaut Fortnite when crafting its look and feel. It has the bright, contrasting colors, upbeat soundtrack, and a feel-good vibe designed to entice players to continually tell themselves "just one more round." 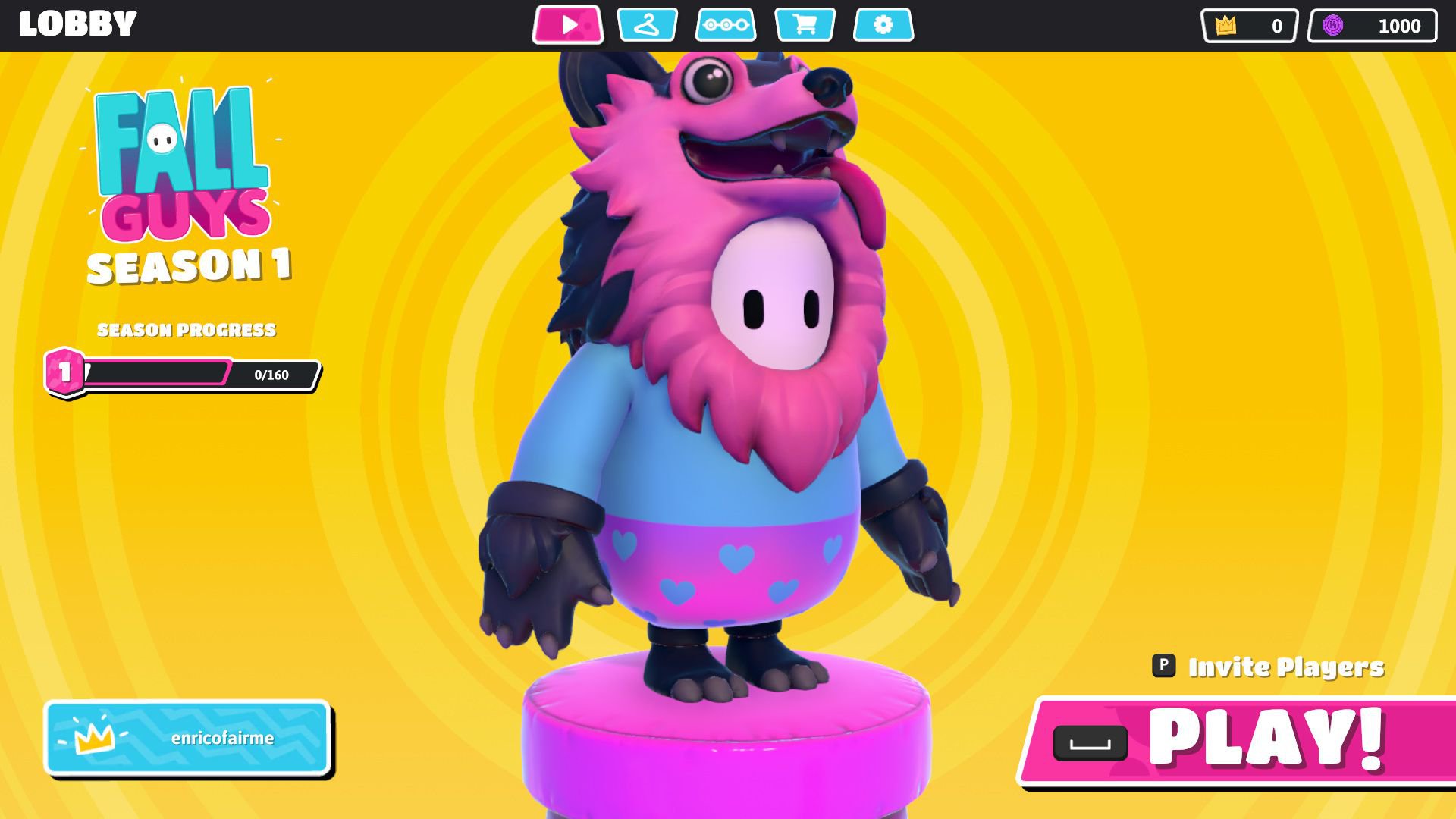 Of course, Fall Guys wouldn't be a proper battle royale without an abundance of cosmetics.

Let's be real, the titular Fall Guys - those little bean-looking creatures - were likely designed with cosmetics in mind. After all, what's more fun than outfitting your little sentient bean in a dinosaur costume? These cosmetics can be unlocked from achievements and leveling up, with in-game currency, called "kudos", that is earned after each match, as well as with "crowns", which are obtained by winning. There is no shortage of cosmetics that can be procured by simply playing the game, but there are of course an assortment exclusive cosmetics that require the spending of cold hard cash.

It should be noted that, as of this writing, Fall Guys is experiencing a bit of a cheater problem. Obviously, this is less than ideal, but the developers have begun rolling out the bans for folks that just don't know how to have a good time without ruining things for everyone else. I personally haven't encountered a cheater, but then again, there is so much mayhem and chaos happening on-screen at any given time that I could have easily just missed them if there was. Fall Guys: Ultimate Knockout defies what it means to be a battle royale by offering a new take on the genre that is both addicting and wholly unique. The unpredictable chaos that Fall Guys provides manages to give gamers of all skill levels an opportunity to compete on an even playing field - which is great - but it's unclear whether the absence of meaningful, skill-based gameplay will keep players engaged for the longterm.