Someday You'll Return is a baffling, often incomprehensible first-person adventure game that blends casual, clue-finding exploration with a decidedly Silent Hill-esque brand of psychological horror. Its story is one of loss and reconciliation, or maybe it's more about coming to terms with the mistakes of one's past. Actually, I'm not entirely sure, but I believe it's probably somewhere in one of those ballparks.

After a roughly 18 hour play through, what I can say with absolute certainty is that I, for the most part, enjoyed Someday You'll Return. However, what was at first an increasingly compelling mystery teeming with suspense and intrigue, eventually came to feel like a cumbersome chore that I couldn't wait to be finished with.

Right out of the gate, it becomes clear that the most unfortunate aspect of this bizarre journey is its protagonist(?), Daniel. Without repeating what so many others have said, I'll say that he is easily one of the most unlikable characters in all of gaming history. His personality can best be likened to that of the molded, half-eaten hotdog at the bottom of a dumpster.

During the opening sequence, Daniel is informed that his daughter has gone missing somewhere within the Moravian forests of the Czech Republic. In the first 5 minutes of the opening sequence, it's clear that Daniel has burned down just about every relationship he's ever had, and is now seemingly estranged with his own family. It raises the question: am I even supposed to like this guy?

Although Daniel is the type of dad that puts a GPS tracker on his daughter's phone, locating her turns out to be a considerable challenge - and not just because of the spotty cell service.

Throughout the story, players are presented with increasingly damning information about Daniel's past, and we learn that he, in his youth, had spent a fair amount of time attending camp in the very same forest that his daughter has disappeared in. Daniel isn't just a lousy father and overall bad adult, he was also kind of a jerk as a kid too. As the player discovers more pieces of Daniel's story, his motivations of why he is there become less clear. Is he really searching for his daughter? Is she even real? Is this all just a manifestation of unresolved guilt? 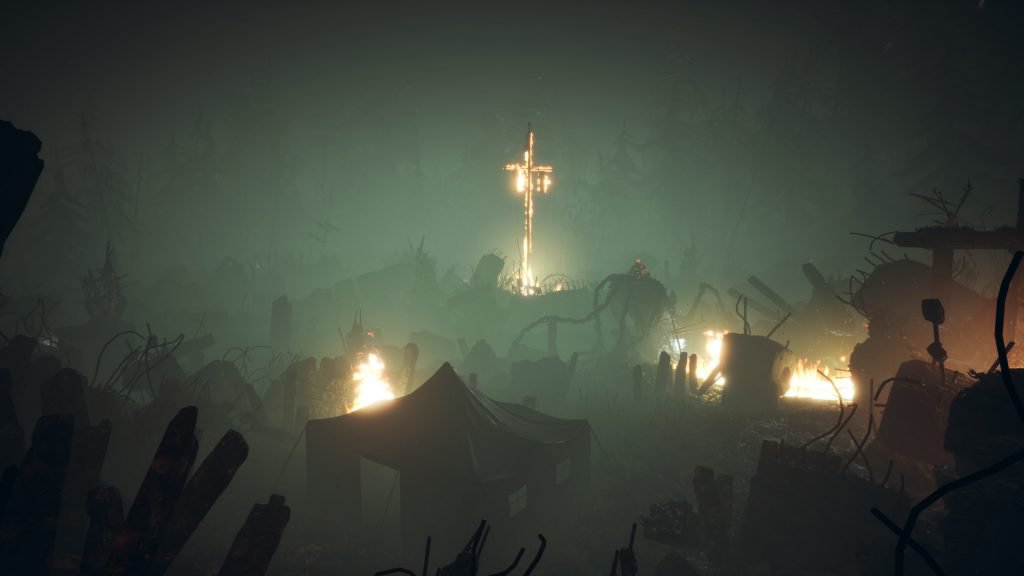 It certainly doesn't help clarify things when the lines between reality and imagination are being constantly blurred. While Daniel might be rummaging for clues in an abandoned campground at one moment, he frequently experiences, let's call them "episodes" where his reality is warped into a dark, twisting quagmire of horror that is somewhat reminiscent of The Upside Down from Netflix's Stranger Things. It's in these segments of the game that the ante is effectively upped, because whether or not these "episodes" are really happening, the peril Daniel faces is very real as far as the player is concerned.

Mind you, Someday You'll Return doesn't feature combat in the traditional sense. Daniel's only defense against the creatures lurking within this uncanny reality is avoidance, stealth, and, a little bit later on, deterrence. Admittedly, the Not-The-Upside-Down is legitimately frightening, which is partly due to how defenseless I as the player am when forced to navigate it.

One of Someday You'll Return's greatest strengths lies in its puzzles, which I found to be genuinely challenging. At one point I spent an embarrassing amount of time researching morse code because I mistakenly thought that one such puzzle required a basic knowledge of it. However, I'm not sure if that is as much a testament to the game's difficulty as it is to my stupidity, but let's go with the former on that one. 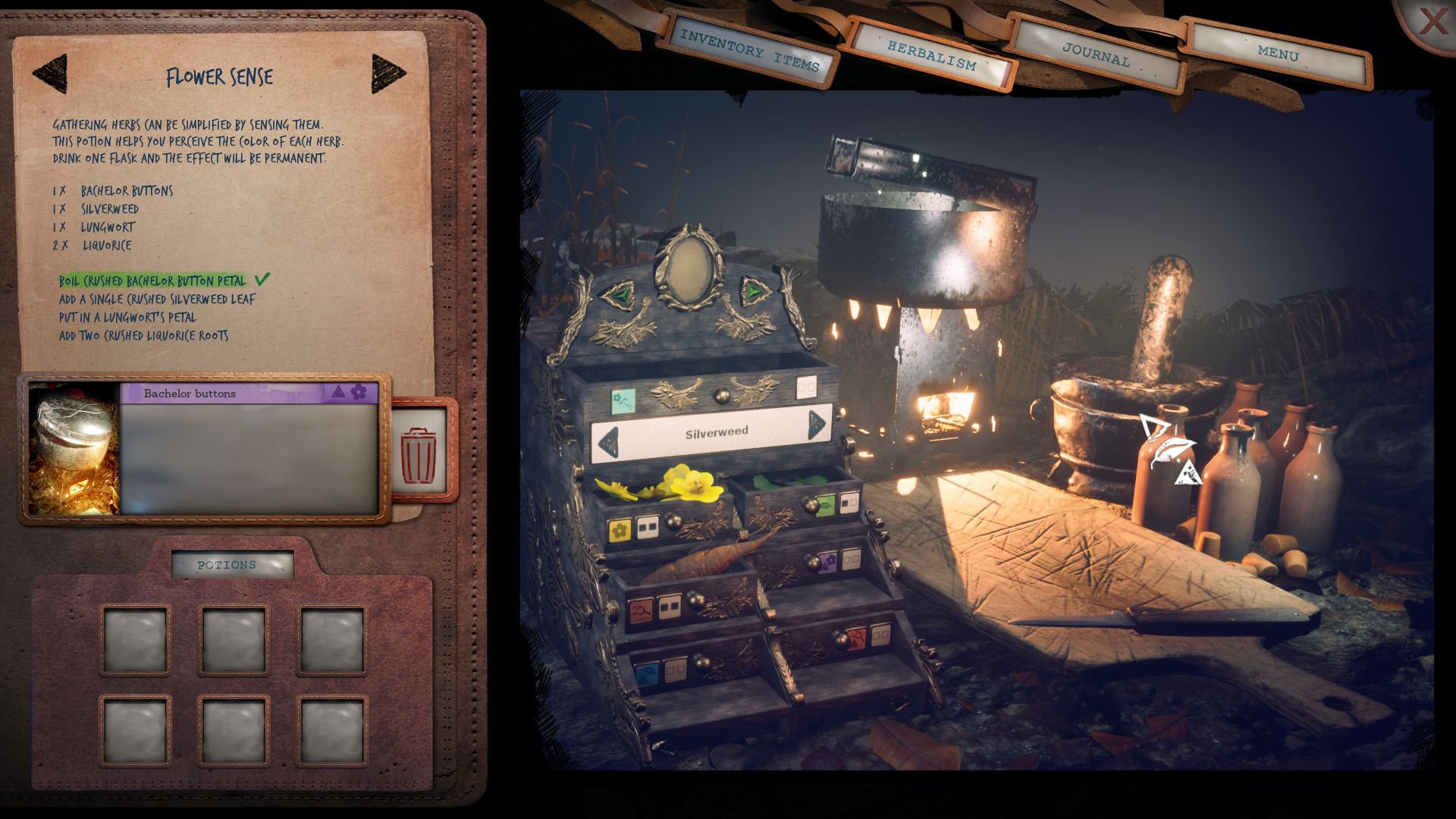 Another standout feature is potion making, which I found to be especially satisfying. Throughout the game, Daniel will either require or have the option of crafting certain potions to help in his journey. To do so, players harvest plants (which are plentiful and usually in abundance where you need them) and, using their handy dandy potion-making kit, combine bits and pieces of them according to various recipes. These range from potions that remove demonic taint to one that allows the player to hear voices from the past.

Although I have plenty of positive feelings towards it, Someday You'll Return seems to overstay its welcome. As much I enjoyed the first 2/3 of the game, there came a point that I could sense the climax was approaching, which ended up being several hours away. I came to find out after the fact that there were multiple endings based on the player's decisions, with one being unlocked by simply refusing to enter the forest at the beginning of the game. Mine was the middle-of-the-road ending, but that didn't matter. In most cases, I would insist on going back and correcting what I needed in order to get the best-case ending, but this time around I was just so glad to be done. Someday You'll Return is either a work of genius that I'm too dense to understand, or the Twin Peaks of video games that flaunts its incoherence in plain sight. Those who hope to come away with a sense of closure after completing its 12-18 hour story might be left feeling disappointed - if not somewhat relieved that it is finally over. However, much like David Lynch's seminal classic, the inability to make sense of the conclusion doesn't necessarily detract from the journey to get there - even if it does feel a tad bit too long.